This email address is being protected from spambots. You need JavaScript enabled to view it.

Privatization of distilleries will bring Ukraine’s husbandry closer to the world's lowest production cost of 0.5 EUR/kg for pigs, lw

The state monopoly on alcohol production has been abolished in Ukraine: Legislative Act 18318-IX, initiated by President Volodymyr Zelensky last year, was made effective on July 1, 2020. This was reported the same day by the press service of the Ukrspyrt State Enterprise.

"Good news!!! Spirit production licenses can be obtained by companies of any form of ownership" — Serhiy Bleskun, head of Ukrspyrt, announced on his Facebook page.

He called this move an important milestone in the demonopolization of the alcohol industry, and state-owned plants will soon be put up for sale. In particular, 12 such enterprises have already been transferred to the Ministry of Economy of Ukraine.

"This is really good news for the meat industry as well; it brings us one step closer to the emergence of pig farms operating on wastes with the world's lowest cost of production — 15 UAH/kg for live weight", — commented the executive director of the Meat Industry Association and CEO of the Center for Improvement Animal Breeding Mykola Babenko.

The point is that the cost of raising pigs can be reduced not just to 25 UAH/kg lw on dry feed, but to 15 UAH/kg lw (0.5 EUR/kg) through the use of food industry waste, in particular, distillery stillage — a by-product of bio-ethanol or spirit production. Cheap stillage is an alternative to using expensive grains in feeding pigs, in a way it doubles the added value from the use of grain. This makes it possible to significantly reduce (halve) feed costs in hog production, maintaining pig productivity at the appropriate level.

According to the Center for Improvement Animal Breeding data, in the past the distillery stillage in Ukraine was sold for next to nothing —- 25-50 UAH per ton or even disposed of. Sometimes producers paid extra to those willing to take away this raw material. In this way, they solved the problem of waste disposal to avoid problems with environmental inspection.

The practice of using food industry waste for pig breeding is quite common, it is undeservingly neglected in Ukraine. Some pig farms used to be built near distilleries. Such pork producers were exemplary consumers of distillery stillage, and can now become benchmarks in the cost of raising pigs. 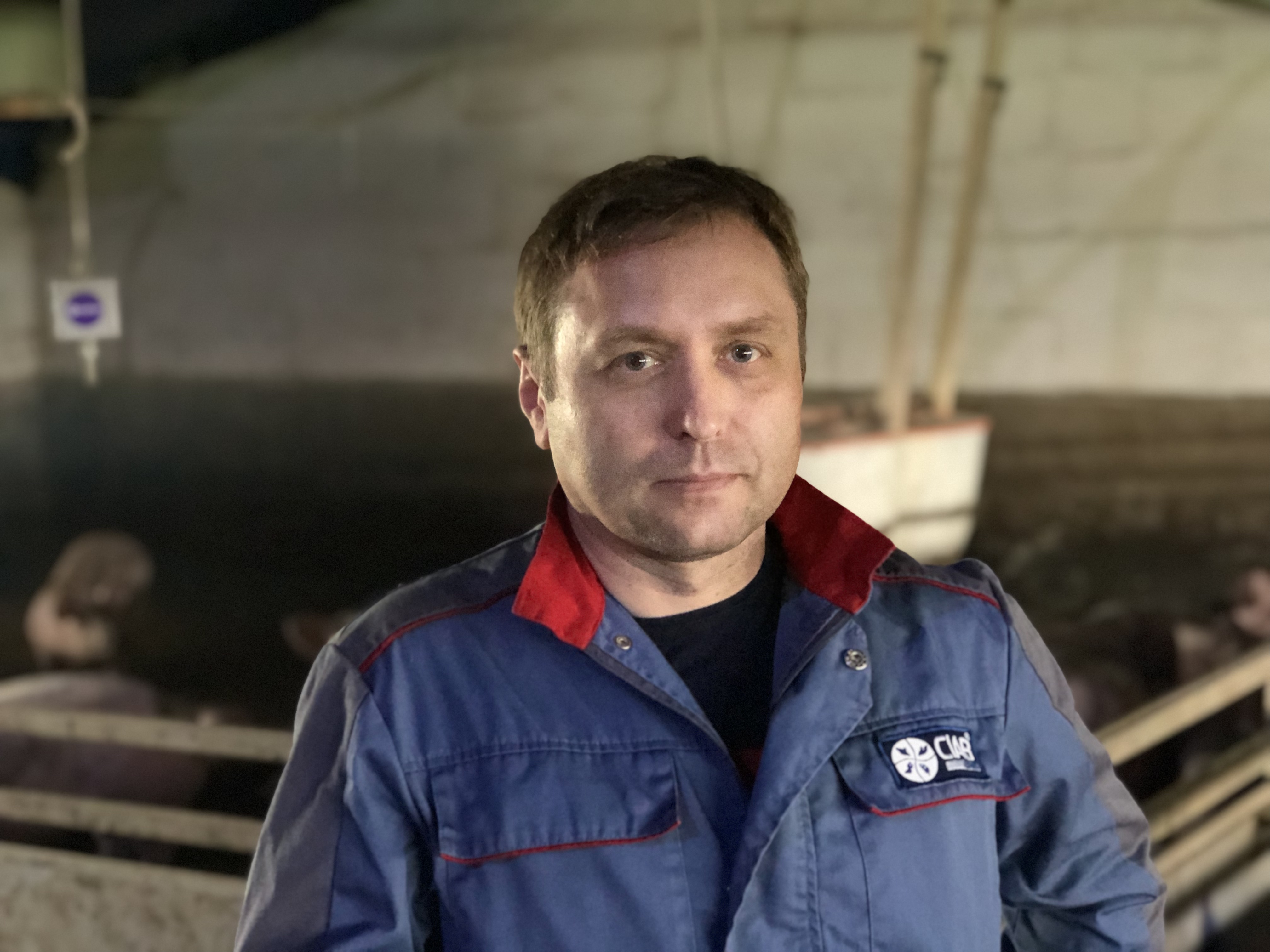 According to Mykola Babenko, the demonopolization of the spirit industry benefits pork producers, because with the development of the industry, with the increase in the production of alcohol and bio-ethanol, the volume of produced distillery stillage will also increase. It will be actively bought and used by pig farmers, which will lead to the achievement of the key goals of the New Pig Production 2025 Programme: reduce the production cost of marketable pigs in Ukraine to the lowest level in the world — 15 UAH/kg, provide local market with affordable fresh meat products, solve the global pork shortage problem.

If you are interested in taking part in the Ukrainian meat industry development project New Pig Production 2025, please address your inquiries and proposals to This email address is being protected from spambots. You need JavaScript enabled to view it.